For the very first time in forever, Disneyland Paris celebrated the Frozen Celebration season (from November 2019 till May 2020). This means that both the Disneyland Park and Walt Disney Studios Park have shows and meet and greets surrounding the Frozen theme.

When Sven and I walked into Disneyland Park for the first time during Frozen Celebration, we walked straight onto the Frozen parade that was already in full swing. Frozen 2: An Enchanted Journey (this is the official name of the parade) is all about Frozen 2 and of course the main characters of the movie.

Have you not seen the film yet? Too bad, because there are different songs from the new film played over and over again at Central Plaza and it’s fun to be able to sing along!

The costumes of the dancers are also inspired by Frozen 2 and if you have not seen the film then you will not understand the meaning of the outfits. It is therefore quite important that you have seen Frozen 2 before you go to Frozen Celebration at Disneyland Paris.

We absolutely adored the outfits of the dancers during Frozen 2: An Enchanted Journey. Looking at the pictures you’ll understand why!

The costumes represent the elements: water, fire, air, earth. These elements play a big part in the movie Frozen 2, so it’s obvious that the Disney imagineers were inspired when they created these beautiful outfits.

The performing cast members and the main characters from the Frozen movie are to be seen 4 times a day at the Plaza in front of the Disneyland Paris castle. Olaf, Anna, Elsa, Kristoff and Sven are to be seen on a giant float and they are surrounded by a lot of dancers. The float and the dancers follow a certain route that leads them from the area behind ‘It’s a small world’, to the plaza, and from the plaza (through Main Street USA) to the backside of Main Street USA.

At the main plaza the main characters will do a little dance and then return to the float again.

The Food during Frozen Celebration were mainly snacks. One of the snacks that we tried was the hot cocoa with a chocolate Olaf or Sven on top. The cocoa was flavored with either Maple syrup or Banana syrup. To both our surprise the Olaf Banana flavored hot cocoa was really delicious and we order it again within a heartbeat!

We also tried cookies in the shape of Anna and Elsa. Both the cookies were filled with either cranberry flavour (Anna) or chocolate flavour (Elsa). We decided to try the chocolate flavoured one and it was quite okay. Nothing special really, but not bad either.

During other special seasons in Disneyland Paris there have always been a few really delicious snacks, but during the Frozen Celebration seasons we didn’t found an amazing snack to really honest.

Even more so, the next snack that we tried was the most awful one yet! The beetroot bites.. yikes! The beetroot bites were heated in a microwave (or oven, I’m not really sure) before we got them. It had a sauce and it looked really delicious. But when we tried a beetroot bite it was hard, dry and not tasteful at all! Too bad, because they were expensive too. I guess that is the biggest gamble during a Disneyland Paris special season; you never know what to expect from the unique food items. During the Marvel Season we have been pleasantly surprised by falafel balls that were so good! I guess that’s why we thought that the beetroot bites would be delicious too. Boy were we wrong!

In Walt Disney Studio’s Park there was ‘Frozen 2 a musical invitation’ and a meet and greet with Olaf. The musical invitation was a fun sing-along and dance-along kind of show. You were invited in the palace of Anna and Elsa and as part of a surprise you are asked to help and perform a dance for Elsa. Of course some well known songs are being sung by the main characters and to be able to learn Elsa’s famous arm-moves is pretty awesome. The only downside was the enormous queue and not being able to sit during the show. As we were on our feet the entire day already, then to wait in a queue for 1,5 hours and eventually not being able to sit down, was a bit of a disappointment.

Looking back at the Frozen Celebration bot Sven and I had lots of fun. If you watch our video you can see that we enjoyed our time in Disneyland Paris a lot. We both thought that Disneyland Paris could have done more around the theming; the show was a bit small and there weren’t too many shows and meet and greets in both the parks.

We missed some special food items in the restaurants such as Frozen menu’s for adults and children, however the buffets had some Frozen themed desserts. The hot cocoa was a pleasant surprise however the other snacks weren’t very good.

BUT…we loved the Frozen Celebration season nevertheless and we would definitely visit again. The fact that the beautiful music of Frozen 2 was played during the 4 performances at Central Plaza was a truly magical. The music brought tears to peoples eyes (yes, we could see many adults tearing up). All in all a wonderful Disneyland Paris experience! 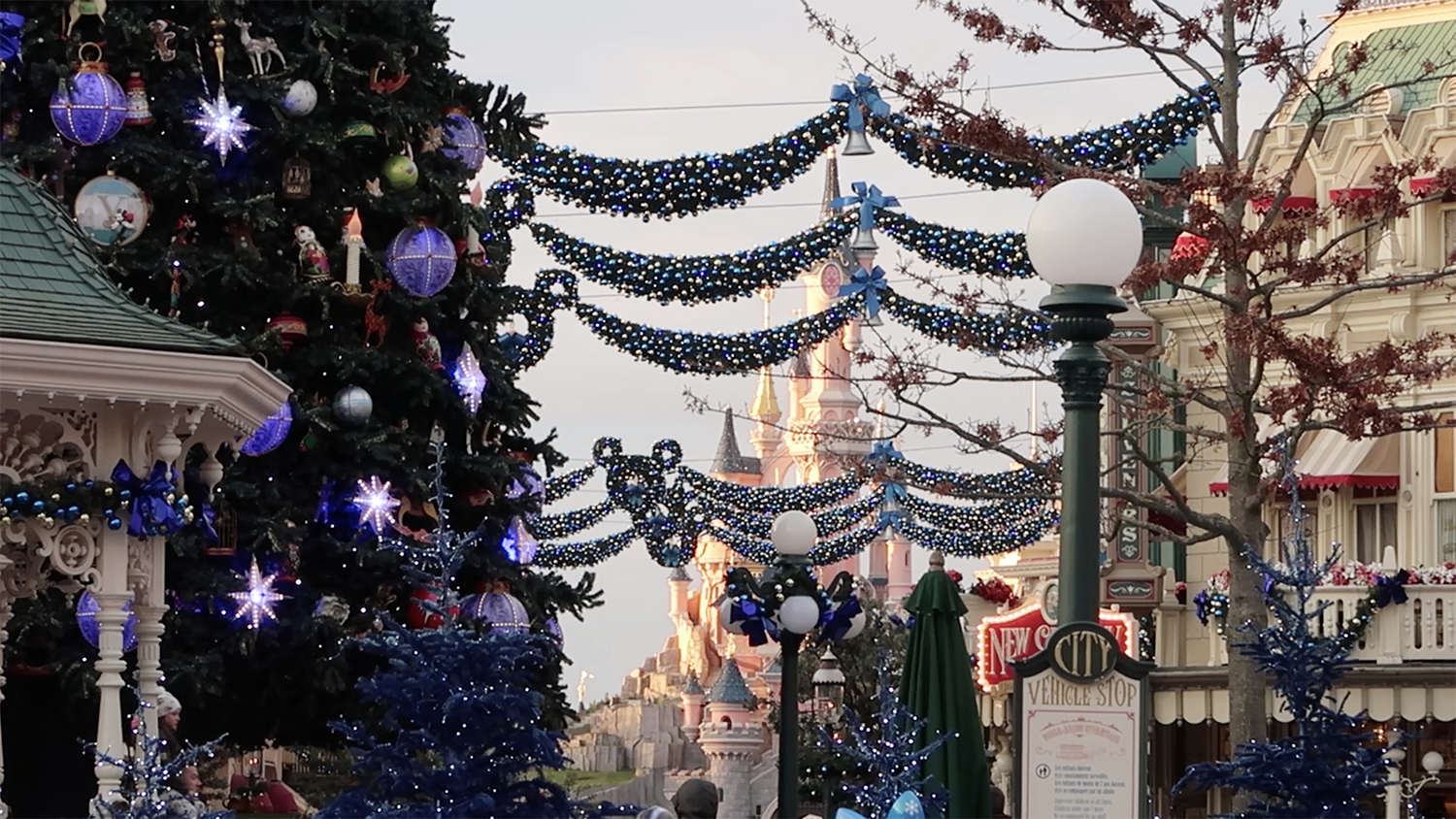 What’s the Christmas season like in Disneyland Paris? Let me start off by telling you that I am completely biased, because I […]